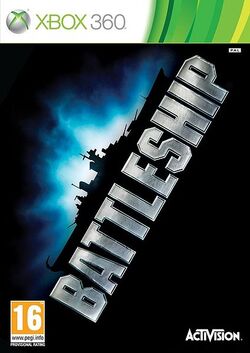 Take real-time control of naval units as you strategize a map-wide plan of attack by directing your fleet. Without your naval units, you won’t make it out of this!

You are in total command! Fend off alien foes throughout the game with badass weapons and upgradable naval units, all with specialty attacks and attributes.

Storm the shores to battle aliens in epic first-person action with an arsenal of military and alien weapons.

The Nintendo versions are played by TBS instead of FPS. They are also developed by Magic Pockets.

Special Move: As Good As New

Retrieved from "https://battleship.fandom.com/wiki/Battleship_(2012_video_game)?oldid=5447"
Community content is available under CC-BY-SA unless otherwise noted.